Hello and welcome back. So … on the one hand, we hope to contribute serious journalism to the progressive causes we support. As in, not press releases. We’d also like you to come back here and look forward to coming back here. So we’re going to try stuff. Shoot for some moons. The more serious affair on offer today sits beneath this post, as in story #2 right below this one. It’s a deep look at “theory of change” — a subject that’s very important in philanthropy. The more casual affair being this piece right here.

Our first experiment then — (in this column) (brace yourself) — is a wide-ranging, quick analysis of the news as we read it at Preston-Werner Ventures, as parsed by a veteran climate and political reporter (me) who was hired by a thoughtful family foundation to write something refreshing. Away we go.

“The coming war on the hidden algorithms that trap people in poverty.”

That’s from the MIT Technology Review. It’s about how even one economic setback “can lead to a vicious cycle that sometimes ends in bankruptcy or homelessness.” It demands compassion as we assess the role of algorithms in our lives. It’s a curious read. Check it out.

The clever tech guys having pointed out that AI has to pass the Turing test, to determine whether it thinks like a human. They also explained that an algorithm is a statistical model that makes predictions, which can also “learn” if it rebuilds the model when it has new data.

AI has “become a marketing term that’s made the real definition meaningless,” said Rob Cameron, a developer on the RedwoodJS project. “So an algorithm that just sorts things that people might like is NOTHING LIKE AI, DAMN IT.”

Cameron then recommended the silly reporter read this book, about nine algorithms that changed the future. Fair enough.

The “Inside Philanthropy” article appears to respond to a recent “Medium” post by MacKenzie Scott, which we also discuss in the theory of change article in today’s newsletter. Scott wants the media to de-emphasize those who control wealth and focus on the work funded by that wealth, gallantly arguing that “… people struggling against inequities deserve center stage in stories about change they are creating.”

Another female philanthropist with roots in the tech sector, our own Theresa Preston-Werner, has been watching the Gates’ fallout closely. She “loved reading this,” but noted that the article “doesn't actually say what French Gates is planning to do.”

“Still, it's a smart call-to-action for her and the folks on her team,” Preston-Werner said. “Love it. Not sure that constantly comparing her to MacKenzie Scott is the right way to do it, however, as if goading her into something.”

On the other end of the philanthropy spectrum, meanwhile, is a “philanthropub” in Portland, Oregon, that encourages patrons to give a dollar or two from a drink’s purchase to a non-profit organization of your choice. Jae Pasari, PWV’s climate program manager who lives in Portland, noted that the watering hole — called the Oregon Public House — has raised over $200,000 since its inception with the tag line “have a pint, change the world.”

“Drinks on me next time anyone is in town,” he said. “Good margaritas.”

Most depressing news for yours truly who lives in Washington, D.C.

As if it’s not hot and humid enough in the summer here, the “New York Times” reports that the entire East Coast has shifted south, in terms of weather.

The NYTimes also called the 2021 summer “the hottest on record” so far, noting a high June temp of 115 degrees in Portland, Oregon, and 121 degrees in British Columbia, Canada.

Coolest Substack newsletter of the day

You should really check out “Heated,” by Emily Atkin. She has the anger vibe down. She does not mince her words. And she recently appeared on CNN to argue for an expansion of climate desks in newsrooms, arguing that “every reporter should be a climate reporter.”

“If you’re not one today, you will be,” she wrote, in “Heated”. “The entire newsroom must be equipped to cover this global crisis, which infiltrates every part of our lives. That’s how we cover COVID-19, and we should expect the same for the climate crisis.”

Atkin added that “no newsroom should profit from fossil-fuel propaganda” and speculated that a commercial likely appeared on CNN while she was on air “saying something like, ‘Chevron, you’re totally awesome and good.’”

“You can make all the improvements in climate coverage you want, and it will always be undermined if you continue to allow fossil-fuel companies to spread unchecked lies about their climate commitments on the same platform,” she wrote. “These lies aren’t harmless. Climate change is deadly.”

Shameless plug for a PWV academic

Jake Werner is our politics guy and lives in Chicago. He likes to talk about Marxism, capitalism and neoliberalism so much he probably continues his mini-lectures in his dreams. And much like Atkins, he does not mince his words when it comes to progressive politics and his belief that upending the power structure is the only solution to the climate crisis.

Werner recently published a piece in “Foreign Affairs” in which he argues that “conflating democracy with U.S. power only makes sense if you ignore all the struggling democracies of the global South. A foreign policy genuinely centered on democracy would focus on democratizing the global economy.”

His goal being, as a program manager for Politics at PWV, “to find those organizations that are working at the most strategic points in the system, because if they're successful then they will help establish a new system that will not just produce economic growth but will transform all social relations all around the world.”

Check out the piece here.

Last, a call to press Congress

We’d also like urge anyone reading this to push their congresspeople and senators to move climate-related measures currently on the table in Congress. The White House has said it wants a clean energy standard (CES) in the budget reconciliation bill, and over 75 companies, including General Motors and Apple, have urged Congress to adopted an 80 percent carbon-free electricity standard by 2030, in an effort spearheaded by the investment group Ceres.

We’d also note that Leah Stokes, an Evergreen advisory board member and professor at the University of California, Santa Barbara, has been promoting a #call4climate that asks people to call Congress to demand action. The dial-up number is 202-318-1885, where anyone can call, punch in their zip code, receive talking points and connect to Senate offices.

Do it! Time is short.

What do you think? Yes, no, maybe so? Did you like this approach? What else would you like to see emerge in this space? Sky’s the limit, so please get in touch anytime with content ideas and feedback. We’re building this airplane in mid-flight — and no, we do intend to use that cliche’ ever again. Some of us having not ventured onto an airplane since … sheesh. I think it’s more than two years ago. Guess my carbon footprint is doing ok.

Sullivan is the former West Coast bureau chief and congressional editor for E&ENews. He’s based in D.C. 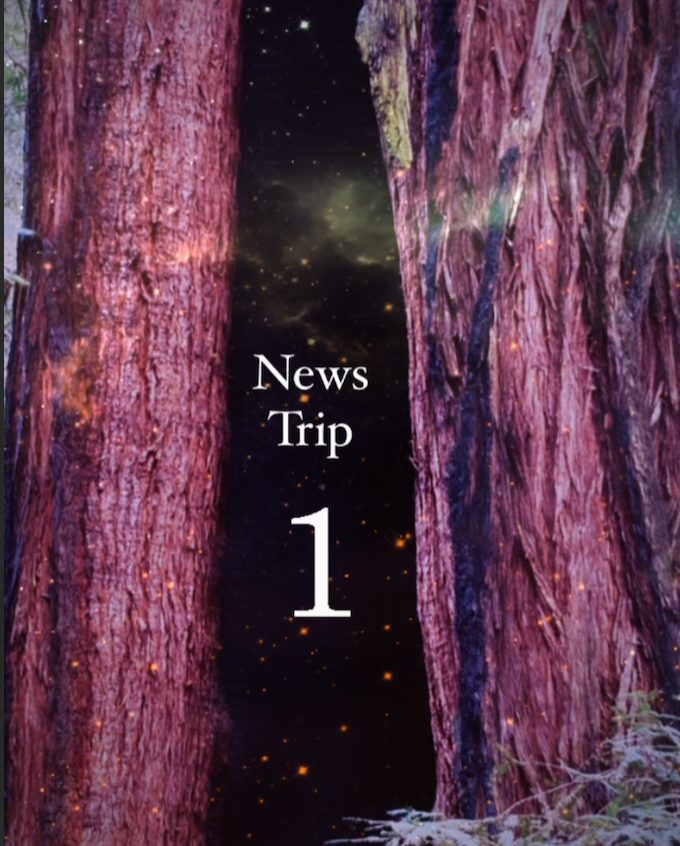